Nowadays, there are more and more â€œcar ownersâ€, but soaring oil prices have caused owners to suffer. The pungent exhaust also makes the surrounding air turbid. Under this background, energy-saving and environmentally-friendly electric vehicles began to be favored, and their characteristics of zero emission, low noise, simple structure, and high energy utilization efficiency were widely welcomed by owners. The state has also introduced energy-saving emission reduction and air pollution control. The related subsidy policy for electric car purchases has made the future prospects of electric vehicles generally optimistic for the industry. According to a report on June 29, with the Chinese government's car purchase subsidy policy will usher in the "limit" in 2020, Chinese auto makers are stepping up investment in environmental protection vehicles such as pure electric vehicles, trying to seize the opportunity in this emerging industry field. , to seize favorable market position. 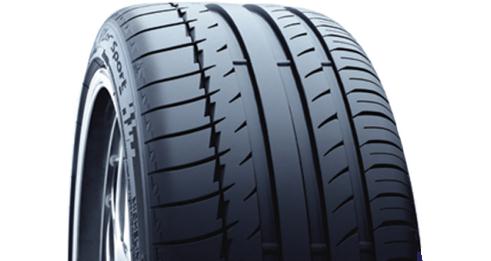 The first is that electric vehicles are loaded with at least 200kg of batteries, resulting in a heavier quality of the vehicle and higher requirements for the load capacity of the tire. Theoretically, increasing the tire diameter and increasing the tire inflation pressure can increase the load capacity, but the latter method will reduce the tire grounding area, affect its grip, have a certain impact on the safety of vehicles, so manufacturers can only Increased diameter to think about it.

The second is that electric vehicles are powered by on-board power supplies, and there is no noise from internal combustion engines. As a result, tire noise will be relatively more pronounced. Therefore, the development of electric vehicles also imposes more stringent requirements on tire noise control.

Third, the lag in the development of battery technology makes the charging capacity of electric vehicles limited, and it is difficult to â€œopen sourceâ€. In order to increase the mileage of electric vehicles, â€œthrottlingâ€ can only be carried out from the perspective of reducing energy consumption. A considerable part of the car's energy consumption comes from the rolling friction between the tire and the ground. However, for the tire requirements of electric vehicles, in addition to reducing the rolling resistance, a good grip must be taken into account and it is inevitable that other performances will be sacrificed. This contradiction will inevitably involve more. The development and application of new materials also have high requirements for tire manufacturers' independent innovation capabilities.

Thousands of Amoy ten thousand though hard, blowing away the yellow sand began to gold. Faced with the lure of the promising electric vehicle tire market, tire manufacturers at home and abroad have been brave enough to climb the peak of technology and have achieved fruitful results in solving the problem of special tires for electric vehicles. This has not only beneficially promoted the development of the company's business. It has also played an exemplary role for the innovative development of the entire tire industry and is worth learning from the entire tire industry.

Michelin, the industry leader, now builds tires for 45% of electric cars in the United States. Among them, special-purpose tires produced by ModelS high-performance electric vehicles for Tesla Motors, a leader in the new energy automobile industry, are particularly praiseworthy. It is understood that ModelS uses custom Michelin PilotSport2 tires, which have superb performance and are designed for high-torque sports cars. Michelin tires minimize heat, keep the tires rigid while driving, maintain grip, minimize rolling resistance, and maximize control.

In 2013, Kumho Tire Co., Ltd. focused on the demand of the electric car market with great demand and developed electric vehicle special tires as early as in 2013. The first WATTRUN electric vehicle tires were designed with epoch-making products and powerful technologies. The support has become a model for the industry and has been successfully praised by the media and favored by the market. Among them, the WATTRUNVA31 model was awarded the Product Design Award in the 2014 Red Dot Design Award 2014 (Red Dot Design Award 2014).

WATTRUN is a special-purpose tire brand tailored for electric vehicles. It starts with various aspects such as pattern, material, structure, performance, and technical application to match the special needs of electric vehicles. It has high rigidity, light weight, more wear resistance, low resistance, and low Noise and other advantages can enhance the vehicle driving experience, more comfortable and more environmentally friendly. Kumho tire self-evaluation results show that: WATTRUN and Kumho Tire under the same specifications of ordinary tires, lighter weight (about 11% lighter), rolling resistance is smaller (about 18% smaller), driving force is higher (increased 5% or so).

The domestic national brand Taikaiying tires is not far behind in this area. Its research and development of electric car tires DD1, DD2 series are supported by a variety of well-known brands of electric vehicles, of which DD2 series uses environmentally friendly materials to reduce heat, compared to ordinary For tires, the rolling resistance is reduced by 10% overall. In July 2015, Tai Kaiying continuously upgraded its products according to the interlocking market demands, and once again launched the upgraded version of the DD3 series of electric vehicle special tires. In combination with the working principle of the aircraft turbine engine, the rolling resistance was reduced by 10% for the second time. Achieved the goal of energy conservation. At the same time, Tai Kaiying also demonstrated its WM1 and WM2 series products, widening the tread and making it more stable. From INSPIRERDD1 to INSPIRERDD3, Tai Kaiying continues to carry out technological transformation. From one generation to three generations, it strives for excellence in formulations, structures, patterns, and other links. The rolling resistance is better than that of similar products by 10%. The mileage is directly improved and the tires are more prominent. Energy-saving effect Zhengxin Tire entered the electric bus market in 2015 and launched the first new-spec tire product for domestic bus applications in new energy citiesâ€”295/80R22.5CR100. It is understood that, as Zhengzhen's tire bus products, CR100 series 275/70R22.5 and 11R22.5 specifications have been applied in batches at dozens of domestic bus companies. It also introduced the CR100 tire product with a specification of 295/80R22.5. This product continues the advantages of the CR100 series in the use of traditional bus vehicles, and further enhances the tire load capacity, comfort performance, to adapt to the characteristics of new energy city bus vehicles, to fill the gaps in new energy city bus tires.

Because of its advantages of no pollution, low noise, high energy efficiency, and diversification, electric vehicles will be a new demand in the future. The popularity of electric vehicles will surely drive strong demand for special tires for electric vehicles, which will in turn drive the development of the entire tire industry and promote the development of the entire tire industry. From the dealer's point of view, each tire dealer needs to pay attention to the emerging business of electric vehicle tires and do a good job of storing relevant tire knowledge. Nowadays, the number of electric cars in China has been growing significantly. Many car owners have the need to change tires, and it is necessary to improve communication with owners. As for the bus and bus tire shopkeepers who serve the bus fleet, it is necessary to pay close attention to whether the local bus fleet has joined the ranks of new energy teams and to make full preparations for the tire change service, and promptly transfer the other party to their own business.