Since 2015, Xican has accelerated the pace of the development of Aowei's 11-liter aircraft market, especially after the successful launch of the nationwide launching ceremony for Liberation J6 full-scale natural gas products in Shijiazhuang, Hebei Province on February 1st, with high reliability, high safety, and low energy consumption. Such prominent advantages have won the pro-gaze of many users, and always maintain the identity of the leader in the industry. From January to March, Aoweiâ€™s 11-liter machine sales increased by 15% year-on-year. 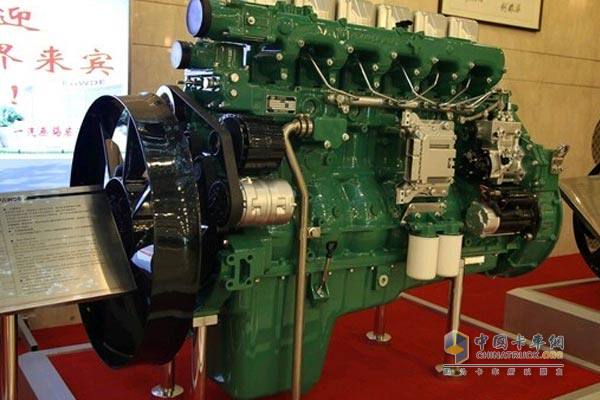 â— "We have confidence in the quality and service of Xickey machine!"

Hao Mingming, a self-employed transporter in Fuyang City, Shanxi Province, has always had a soft spot for the liberation of vehicles and tin machines. When Aowei was just put in Shanxi, he bought 10 vehicles. From the year before last, he began to pay attention to liberating Xichai's natural gas products. He hoped that the liberation vehicles that assemble Xichai's natural gas could be put into the market as soon as possible.

When he learned about the national launching ceremony of the FAW Liberation Natural Gas Vehicle in Shijiazhuang in early February, he immediately rushed to see him. The liberation of the J6 natural gas traction on the spot and the Lyu Teijieâ€™s long natural gas products equipped with Xicca attracted him deeply. He ordered five Liu-Ansei 300PS tractors at a time, all equipped with Xichai Aowei 11-liter natural gas engines. In Hao Mingming's words: I have been using liberation cars. I'm a loyal customer of Xichai Machinery. The safe and reliable quality has brought me good returns. I firmly believe that Xichai Aowei Natural Gas Products is also the best.

â€œThe excellent quality of Xicai machines, service sticks, and the preferred Xichai machine for buying carsâ€ are the evaluations of Xichai machines by many users in Shandong. Laizhou, Shandong Province has a large-scale enterprise, and there are 150 orders for tendering plans at the beginning of the year. After learning this information, the sales service personnel of the Xichai region in Shandong Province take the â€œcore core serviceâ€ as an important weight to win the market initiative. Going to the service and product recommendations, eventually won the order.

The company's general manager Zhang said: I originally planned to select other engine manufacturers, but now I have decided that all orders for 150 units will be fitted with Xichai Aowei 11-litre Guotai engine. We are very confident in Xichai products, and we will provide more services to Xichai core products. rest assured!

In the month of March, in Anhui, sales of Xicai's 11-litre Aowei machines exceeded 260 units, and in Shandong, Aowei sold 11-liter machines to over 1,000 units. Although the Henan region this year in the country's full implementation of the fourth national licensing and automotive heavy truck industry market sales fell compared to the same period last year, the liberation of heavy truck high horsepower traction models matching Aowei 11 liters still sold 300 units in March.

On March 7th, FAW Jiefang Company held the launching ceremony of J6 pilot product with the theme of â€œJ6 pilot version, high-efficiency logistics standardsâ€ in Xinyang, Anhui Province. The J6 pilot version selected Xichai Aowei 11 litre engine, 10 The 10,000-kilometer maintenance has aroused great interest from the users. Six display cars were put on the spot, and users even appeared to â€œgrabâ€ the car.

On March 15th, FAW Jiefang Company held a large-scale J6P6X411L high-powered tractor recommendation meeting in the Zhoukou area of â€‹â€‹Henan Province. It loaded the Aowei 11-liter â€œJ6 pilot version of the tractorâ€ and its â€œsix-standard pilotâ€ lit up. Henan dealers sold the enthusiasm of liberating the J6P11L high-powered tractors, and the sales volume exceeded 560 units. It is believed that with the gradual release and promotion of the Jiefang J6 pilot version of the tractors in the market, sales of Xichai Aowei 11-liter machines will also increase substantially.

On the basis of international cutting edge brush making technology and our own patented inventions, Haixing brush machines are stable and reliable and have been well accepted by the markets. By selecting different clamps and platforms, each Haixing Brush Machine can produce different types of brushes. Paint brush is one of the end products. These machines can produce flat paint brushes and rolling paint brushes.  They have the functions of drilling holes and tufting filaments.