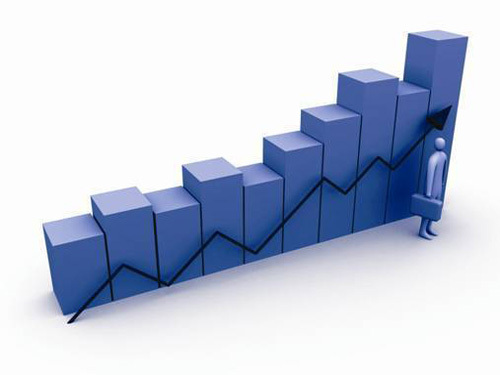 On June 8, Sany 4G mobile phone was officially shipped. As of press time, the sales volume of the phone was 864 units. The news of "Sany Heavy Industry Co., Ltd. making mobile phones" has caused many discussions inside and outside the industry. However, in the face of the overall macro-trend of the current weak demand of the entire construction machinery industry, it is clear that making a smart phone can not solve the problem of corporate growth. The problem of fatigue.

According to the annual statistical report of the construction machinery industry, in 2014, the entire industry realized operating revenue of 517.5 billion yuan, a decrease of 8.62% compared to 2013. According to the financial report of a number of leading listed companies in the industry in the first quarter of this year, their operating income decreased by about one third from the same period of last year, and some companies even experienced a negative net profit loss.

Sales situation is not optimistic

An insider of a construction machinery company told reporters that Sany's mobile phone is just to attract attention. At present, the overall economic volume of the construction industry is dropping sharply. Resources are also in the integration stage. A large number of small factories basically stop production, and some local companies with poor efficiency are half-stopped. â€œBecause of the reduction in the volume of orders, we are now planning to manufacture. We will submit the order information once every two weeks, how many products will be made on the basis of order information, and we will strive to improve the quality of products,â€ said the insider of the company.

Although March and April are the traditional peak sales season, the situation in the current market is not optimistic.

Taking an excavator as an example, the sales of excavators fell by nearly 49% year-on-year in the first quarter of this year. In April of this year, 28 major excavator manufacturers nationwide sold 8490 excavators, a decrease of 34.24% compared to the year of April 2014 of 12,910 units. . From the perspective of the market share of each company, the top four companies in sales in April accounted for 45% of the total sales, and the top eight companies accounted for 70%.

After undergoing a round of reshuffling, the market concentration of domestic construction machinery tends to strengthen, and SMEs face the pressure of transformation and upgrading and further adjustments.

â€œOur countryâ€™s construction machinery industry has caused serious contradiction between current production and demand due to severe overdrafts in the previous period. At the same time, due to the large social stock of industry products and the lack of exit mechanisms, the contradiction between production and demand has been exacerbated, which has caused great pressure on the companyâ€™s operations. Some companies have a shortage of funds and difficulties in financing, and they face greater pressure for transformation and upgrading, said Su Zimeng, vice president of the China Construction Machinery Industry Association.

In the face of market downside pressures and challenges, construction machinery manufacturers are also actively looking for new breakthroughs.

In expanding its new business segment, Zoomlion chose to enter the environmental protection industry. On June 1st, Zoomlion (000157, shares) and Mandaling Fund acquired a 75% stake in Italy's Nadur, announced its entry into the global environmental industry. Immediately after June 5, Zoomlion announced that it had invested 45,737,600 yuan to acquire 96% equity of Huaian Chenjie Company.

In addition, Sany Heavy Industry has been receiving attention in the field of private banking. It is understood that Sany Group and Sany Intelligence plans to invest 900 million yuan in total, and the first preparatory work for Sanxiang Bank, Hunan's first private bank with a registered capital of 3 billion yuan, has been completed. "Currently only waiting for the approval of the China Banking Regulatory Commission, the policy is definitely in line with the conditions, and approval will be a high probability event."

Sany also laid out the insurance industry. In March of this year, Jiulong Property Insurance Co., Ltd., which is 20% owned by Sany Group, was officially approved by the China Insurance Regulatory Commission. It is understood that its banks and insurance companies will provide financial services and support for upstream and downstream companies in their industrial chain.

Although the new business of construction machinery manufacturing companies is in full swing, they have not stopped the market expansion and upgrading of their core business engineering machinery and equipment manufacturing.

In emerging markets such as Brazil and India, companies such as XCMG, Liugong (000528), and Sany Heavy Industry have established their manufacturing bases to push loaders, excavators, cranes, and other products to the local market, and have market share. Other aspects have established clear advantages.

In addition, companies such as XCMG and Zoomlion are using information technologies such as big data, cloud computing, and the Internet of Things to lock in the global customer service market. It is hoped that the company will be able to shift from a dominant machine sales to a multi-pronged business model of value-added services and product sales, thereby deepening the value of the industry chain and accelerating the transformation and upgrading of the company from traditional manufacturing manufacturing to high-end intelligent manufacturing service industries.

Mobile Cone Crusher working in limestone
Flexibility is everything. We engineer a wide range of mobile crushers and screens, both tracked and wheeled, to help you process rock in the toughest conditions. This selection includes jaw crushers, impactors, cone crushers, screens and scalpers for quarrying and rock excavation projects.
Powerful, agile and fully mobile crushers
We engineer the latest developments in the mining, quarrying and construction industries. In order to bring the most powerful rock crushers, scalpers and screeners to the most difficult of jobs, we have pioneered revolutionary machines with the highest levels of agility and mobility.
Looking to crush tons of hard rock? Or do you want to produce several sized aggregates with our high throughput mobile screens? Either way, the versatility of our equipment and optional extras ensure that you'll always find the right machine for your unique needs.