Speech recognition smart lights are a part of smart home. In the entire smart home system, the discussion of smart lights is nothing more than these types of remote control types, network types, and voice types. In the comparison of traditional lamps, what are the advantages of smart lights? In the past, no matter how fashionable and luxurious the appearance, the traditional luminaire only has the function of lighting. Basically, its function is to turn on and off, and the smart light has the function of adjusting light and brightness on these basis. It even has the effect of remote and timing off/on lights. Therefore, compared with traditional lamps, smart lights should have more convenient functions and better results.
In addition to traditional lamps, what is the difference between the smart lights?
Remote control light: The remote control light is controlled by the wireless technology through the remote control panel. No matter which form of remote control, all remote control must have a remote control. With the development of technology and the progress of society, the home appliances are almost always in the form of remote control, which leads to the more and more remote control devices at home, and the remote control has become a matter that affects the user's mood...more Seriously, no matter where you are in your home, controlling the lights always requires a remote control, which makes the remote control function gradually become a chicken. Some people even think that remote control is not so convenient...
Network type: In the past two years, due to the country's emphasis on the Internet and the coming of 4G commercial and 5G technologies, the network has become an indispensable part of young families. More manufacturers are investing in Internet-related technologies, and natural smart lights are not. exception. Many manufacturers even think that smart home is the Internet. Of course, this idea is not entirely correct. The Internet model is just a form of smart home.
The network type smart light controls the lighting of the light by using a mobile phone or other device as an entrance, and is controlled by an APP or a smart speaker or a control panel downloaded from a smart phone. The use of this form is really very convenient for the user, but no matter which way is used, it is not directly directed to the lamp. That is to say, once the user leaves the entrance tool, he loses control of the luminaire, which is undoubtedly changing the luminaire. It has become a form of remote control, except that the remote control has become a mobile phone, a smart speaker or other types of control panels, and in some cases its convenience is naturally compromised. And all network type lamps must be set and bound at the beginning of use. The privacy of individuals through the Internet is naturally controlled by the service provider, and there are certain hidden dangers in security...
Because of the need to pass certain hardware control tools, the overall cost of use is relatively high and the maintenance is relatively difficult. In the case of problems with the luminaire, the user cannot judge where the luminaire has a problem (whether the lamp is broken, or the network is not working, or the APP is stuck, or the smart speaker....) detection often requires professionals to complete, this Invisible also increases the user's cost of use.
Intelligent voice lights: The development of voice recognition technology has also been used by smart home manufacturers. In use, intelligent voice is divided into online and offline. The so-called online is through the interconnection, in principle, its use is inseparable from other tools such as mobile phones or smart speakers (please refer to the network type above). The user sends a command (voice) to the smart speaker through voice and then controls the luminaire through the network. In principle, it does not belong to the direct interaction between the person and the lamp. The problems that arise in this form are as described above.
Off-line intelligent voice lights use offline intelligent speech recognition technology. Unlike the previous methods, this form of intelligent voice light does not need to go through the network or any other auxiliary equipment. It is the direct interaction between people and lights, and the user can directly control the lamps through commands (voice). This makes the use of smart voice lights easier and more straightforward without the need for a network and remote control. The user can fully control the luminaire by simply using the voice within the range that the luminaire can receive. There is no need to have complicated and complicated settings. It can be said almost: it can be used when it is powered on. Therefore, compared with other forms of smart lights, (offline) smart voice lights have the advantages of simplicity, security, and easy to understand, and the user experience is better. 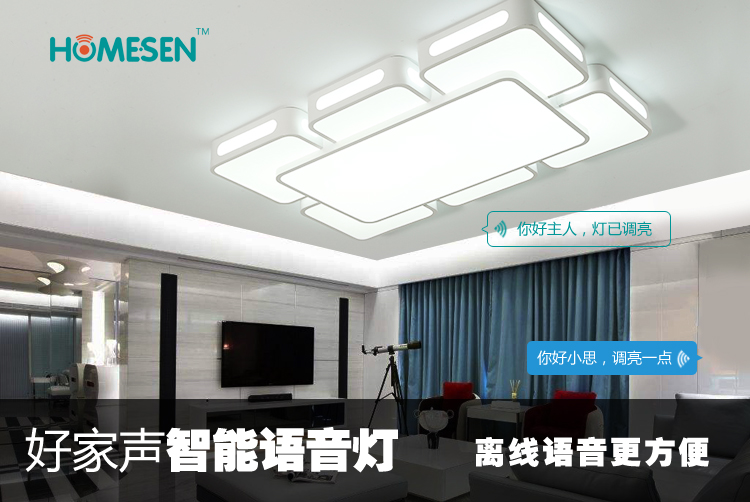 Roofing/ Wall Panel Sheet Roll Forming Machine actually this part is same as the Metal Corrugated Panel, Sandwich Panel Roll Forming Machine. Here we divide it by its functions. This kind of panel either could be used for roofing or for wall. Also you can use it for posting Ads and others. The have different shape size and color, you can choose them according to your demand.